You are here: Home / Review / Get a sneak peek at the new Moto G7

Even though Lenovo’s Moto G6 series was just launched last year (in June), the Moto G7 is already becoming the talk of the mobile community. Rumors and leaks about the new phone abound online, and some of them are truly intriguing. There’s even an alleged high-quality press render of the still-unreleased Moto G7 floating around online, and it gives consumers its best look yet at the phone’s new design elements. As pictured, the smartphone will feature a waterdrop-style display notch, which is a departure from the current model’s symmetrical design.

Some claim the small notch is just a cheap shot at a bigger screen-to-body ratio, a large bottom chin has been added as well. A horizontal dual rear camera bump on the back is visible, as is what appear to be a fingerprint sensor in the Motorola logo. A close look at the render also reveals what looks like the Moto G7’s glass back, and that’s a feature associated with wireless charging.

The Moto G7 is expected to feature a USB Type-C port and a 3.5mm headphone jack and is rumored to arrive with four models (standard Moto G7, Moto G7 Play, Moto G7 Plus, and Moto G7 Power). Specifications of all four models of the Moto G7 are expected to include: Android 9.0 Pie; 6.4-inch full-HD+ (1080×2340 pixels) display; octa-core Qualcomm Snapdragon 660 SoC; 4GB of RAM and 64GB of onboard storage. The phone is expected to get a 3,500mAh battery under the hood, with support for Turbo Charge fast charging and 10W wireless charging. 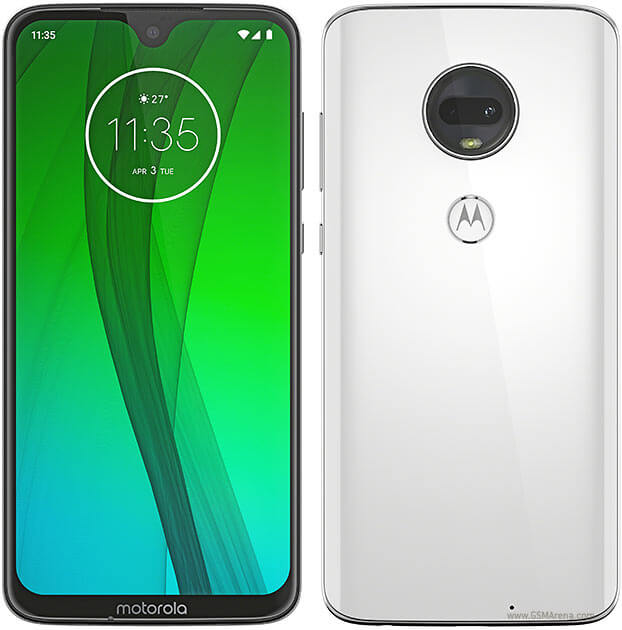 Insiders speculate that the Moto G7 might be launched early in 2019.

On their website, Motorola describes their company’s mission statement as, “… Combining that pioneering spirit with a renewed commitment to consumers … we are dedicated to bringing consumers around the world a great value through devices that don’t compromise on quality, experiences or style.

“For the past 80 years, our engineers have thrived on invention and on finding new ways to solve problems. We continue to look for new opportunities to change people’s lives for the better through the magic of mobility.”

The website Statistica reports that around 1.54 billion smartphones were sold worldwide in 2017. 81.7% of all smartphones sold to end users in the fourth quarter of 2016 were phones, such as those in the Moto lines, use the Android operating system.

Whatever the particular features of the Moto G7, the amount of excitement it’s already generating suggests that it’s going to be a huge hit, and may likely lead the way for a new generation of Moto phones. It may even influence the design of its competition, and that’s the mark of a true pioneer.