You are here: Home / News / Raspberry Pi Introduces the Model 3 A+ Microcomputer

Forget everything you know about home computer systems, by any big company, in virtually any configuration. They usually have big power, big prices, big reputations. But in 2012 the Raspberry Pi Foundation released the company’s first micro-computer, featuring a tiny motherboard and chip and a do-it-yourself kit that allowed (or required) the user to assemble the machines themselves! And amazingly enough, they were simplistic enough to be assembled and used by almost anyone. The computers were never well known among mainstream home computer user, but the company became legendary among computer enthusiasts, programmers, and inventive home-tinkerers. They also used the popular programming language Linux. Once mysterious and difficult to learn, the ubiquitous operating system is now easier to understand and implement, and the Raspberry Pi microcomputers became the best way to learn it fast. Raspberry Pi kits were often converted to home security systems and home jukeboxes. They had enough power, versatility, and portability to be a reasonable alternative to big-ticket computer systems. 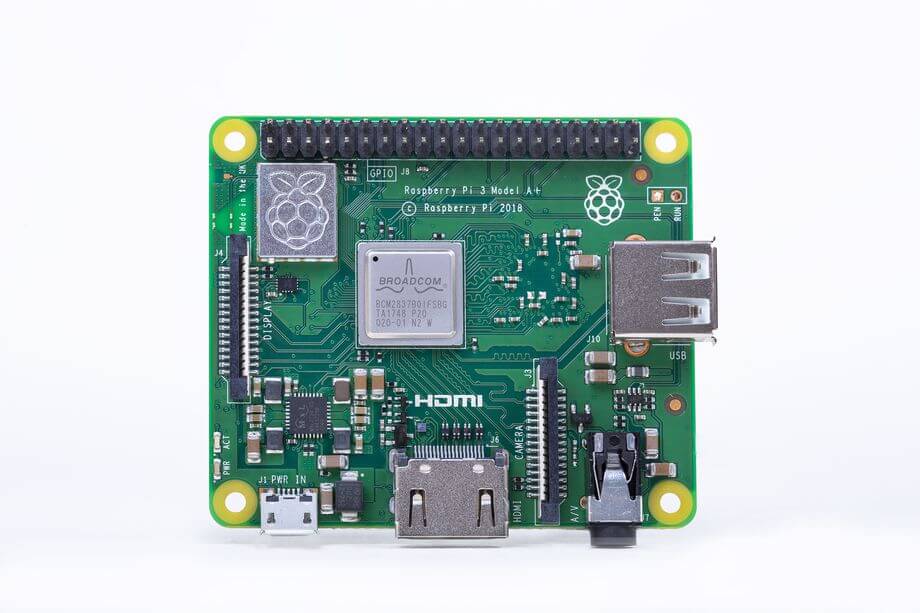 A personal computer for just $25? Raspberry Pi introduces the new Raspberry Pi 3 Model A+. The new model uses the quad-core 1.4GHz Broadcom processor than its predecessor, the popular $35 model, the B+. It also supports the Bluetooth 4.2, and 2.4GHz and 5GHz Wi-Fi. That makes the computer easy to connect just about anywhere.

The A+ also features a 16 GB microSD memory card and ships in either black or white color designs.

That’s not to say the new model doesn’t make some sacrifices for that $10 savings. The Ethernet port is gone, 3 of the previous 4 USB 2.0 ports are also history. So is almost half a GB of RAM.

Believe it or not, the A+ isn’t even the most competitively priced PC in their line. The Pi Zero costs just $5, but the increase in connectivity, power, and expandability. For the extra ten bucks, it’s well worth it for just about any real computing purpose. (A $5-dollar computer does make a good conversation starter though, and so does one that costs just $25, so …)

And speaking of those alternative purposes, the Raspberry Pi microcomputers are popular for more than learning Linux and computing on the cheap (both big plusses). Raspberry Pi devices like the Model 3 A+ are popular for playing classic Atari games, currently in fashion for their nostalgic appeal. They can also be used as a print server so that you can send documents for printing remotely from any device on your network.

The Model 3 A+ kid includes the motherboard, Micro SD card reader and micro SD card, heat sinks, case, and power supply. The kit includes the microSD card, so make sure you’ve got at least 32GB of space.

In a world overrun with computing devices of various sizes, styles, power and price thresholds, the Raspberry Pi Foundation’s microcomputer’s remain unique, fascinating, flexible, and fun. Model 3 A+ is the newest addition to that legendary line.