Data Craft is the focus of a new generation of social media manipulators.

What separates the internet from previous forms of media is its interactivity. Instead of merely watching videos or reading books, people can express their views worldwide and immediately. Retweets, likes and dislikes (and all the emoji-oriented reactions now available) not only help others make informed decisions about what to watch or read or listen to, or even how to feel politically, they say a lot more about the people who use them. Because those likes and retweets are actually a huge pool of metadata which informs social media manipulators and the bots they use to mimic your social media patterns. Why? To make them appear more human, of course.

But there’s more to it than simple sci-fi conspiracy doom-mongering. Because the manipulators exploiting this information have many and evil intentions. This kind of social media manipulation is related to a Russia’s Internet Research Agency, associated with the Russian interference with the 2016 US Presidential campaigns and ensuing election.

Likewise, sock puppet Facebook pages are established by repressive governments such as the one of Myanmar to make the acts of that genocidal government more digestible by the average consumer.

All this manipulation and internet fakery has come to be called data craft, described as a collection of practice based on the collection and proliferation of information, using algorithms to organize and classify that information. Increasingly, those companies who use these bots, and those who design them, do so with this in mind.

One factor which makes their human mimicry so powerful is the target. While a human reader will be harder to fool because it is (presumably) easier for a human mind to identify a nonhuman entity. A person can generally sniff out a fake. But these bots aren’t trying to fool humans. Rather, they’re designed to circumvent the algorithm which defends against spam and other automated influence operations. 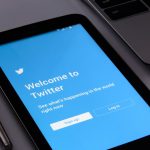 While bots can fool security algorithms now, they’ll soon be able to fool even their human targets. Soon enough bots associated with sock puppet profiles will soon be able to generate tags, check-ins, choose and add appropriate emojis, even perhaps generate personal messages with personalized content, the better to fool the average user.

And there are a lot of average users. According to Omnicore, there were 2.23 billion monthly active users on Facebook (1.74 billion mobile users). The popular social media site, founded in 2004, boasts the use of over 83% or women on the internet and 75% of men. The average Facebook user has 155 friends (where such media manipulator and sock puppet pages may pop up). Roughly 85% of Facebook’s daily active user come from outside the US or Canada, with 270 million users from India (Facebook’s largest population) and 20 million US users. And these data craft bots are just as viable on other social media sites, including Reddit, Instagram, and other popular sites used by millions of people worldwide as of 2018.